Your adventure starts with us

Fascinating landscapes have formed in Tanzania over millions of years. The East African rift valley has created a number of volcanoes, including the highest mountain in Africa, Kilimanjaro. Other former volcanoes are Mount Meru, Gelai, Ngorongoro, Empakai and Ol Doinyo Lengai. The latter is still volcanically active, but can still be climbed.

Some volcanoes collapsed after the last lava flow and formed large calderas (cauldrons). The most famous calderas in Tanzania are the Empakai and the Ngorongoro craters.

No less attractive are the Usambara Mountains, located halfway between Arusha and Dar es Salaam. During the German colonial era, they were considered a recreational area, the Switzerland of Tanzania, so to speak. The Udzungwa Mountains in the south of the country also offer numerous opportunities for wildlife observation and are a paradise for hikers.

The variety of landscapes and the different levels of difficulty offer the right thing for every hiker. 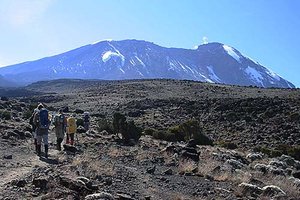 The Six Day Kilimanjaro climb starts either from Arusha or Moshi.  You are accompanied by our team along the Machame Route. Overnight in mountain tents. 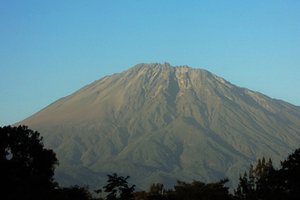 The Three Day Kilimanjaro climb starts either from Arusha or Moshi.  You are accompanied by our team along the  Route. Overnight in  dormitory style huts. 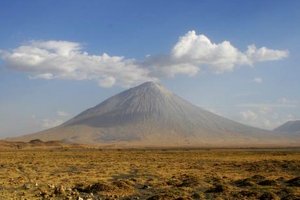 The day trip to Ol Doinyo Lengai starts at night at Lake Natron and you reach the summit at sunrise. This tour is recommended for good mountaineers and you will be rewarded by a beautiful view of Kilimanjaro and Mt. Meru.